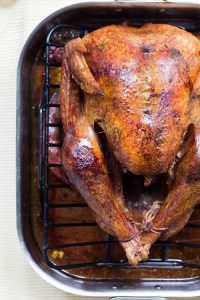 There are some foods that even if you wash – it’s pointless and won’t do any good. And in some cases, you might even spread more bacteria and make everything worse.

Actually, by ‘’some foods’’ I mean only three – raw chicken, eggs and red meat. Washing these three things before cooking them won’t do any good and it might hard you. Yes, no one wants food poisoning and it’s a habit to at least rinse foods before you consume them but actually cooking these three things is more than enough to remove the germs. The high temperature of your oven will kill and remove the bacteria for you.

Washing chicken or fish before cooking it will most likely spread the bacteria all over your kitchen when you splash or drip the water on your countertops. The only way the bacteria will be removed is by cooking it because of the high temperature. So the next time you are cooking chicken – don’t bother washing it.

Did you know that you shouldn’t wash eggs? Before they are being sold, the eggs are being cleaned and a protective layer on mineral oils is being applied in order for the bacteria to not linger on the shell.

Just like chicken, washing red meat can be just as dangerous. When you wash the meat you add moisture to it which creates steam that not only will affect the taste but will also spread the germs.